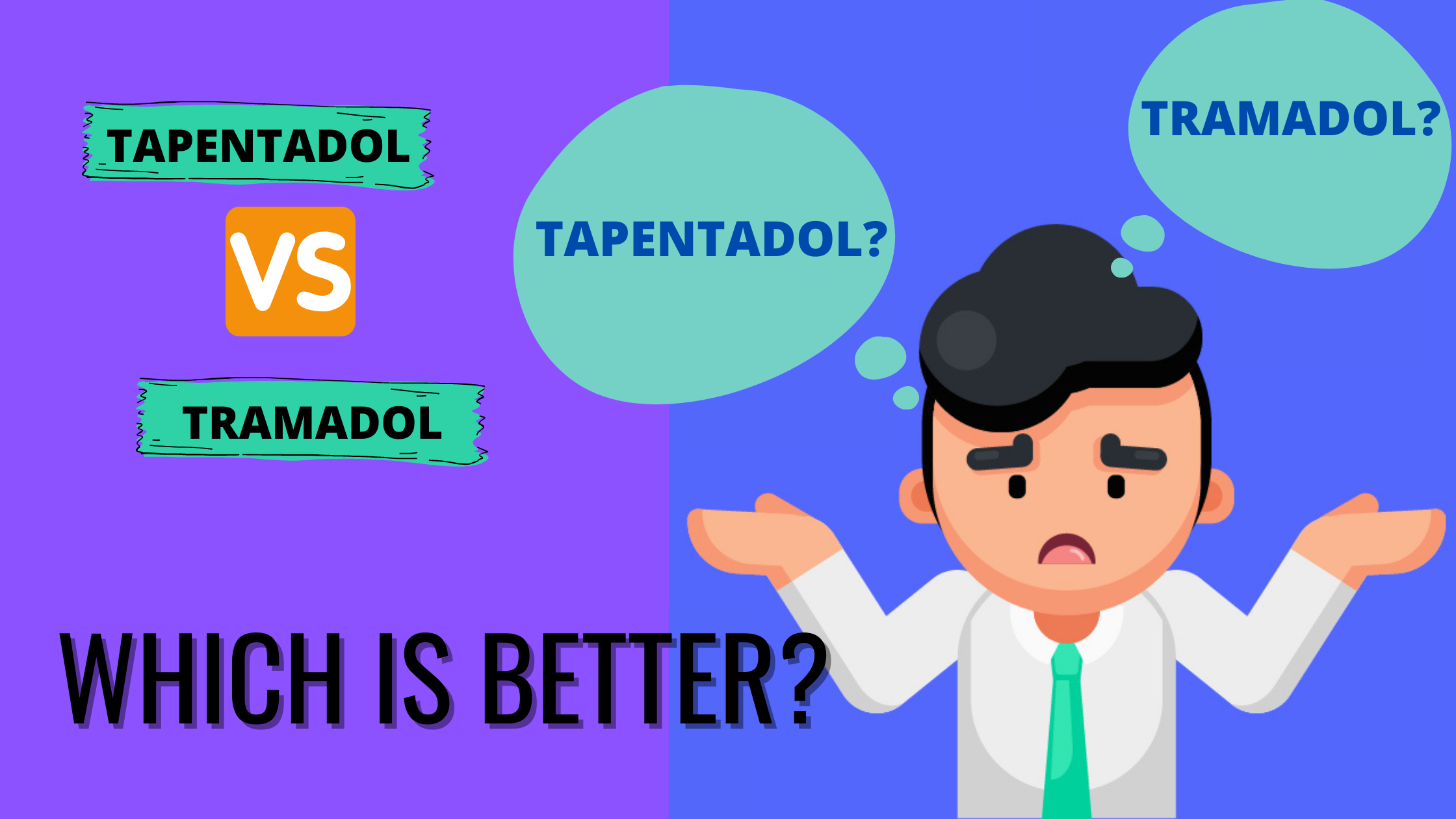 Tapentadol Versus Tramadol - What you must know

Tapentadol Vs. Tramadol is an extensively talked about comparison for its high potency in treating chronic pain in users. Suffering from such pain is one of the most common reasons for people seeking medical help as it restricts their mobility. A survey report by CDC states that about 20.8% of American adults struggle with body pain [1]. Most chronic pain does not respond well to the conventional analgesic and requires more potent treatment options. Two common FDA-approved analgesics to be prescribed for severe pain are Tapentadol and Tramadol. This pharmacological comparison of Tapentadol and Tramadol is to help treaders make a better decision between the two extensively popular opioid pain medications.

Before we begin comprehending the differences and similarities between Tapentadol and Tramadol, it is significant to have better insight into these analgesics. Both the pain medication are centrally acting and helps in treating acute and chronic pain. However, Tapentadol is a relatively new painkiller on the market. It belongs to the Benzenoid class of drugs with a dual-mode of action. Tramadol is considered the second option for pain treatment by WHO (World Health Organisation) and shows about 1/10th the potency of morphine [2].

Tapentadol and Tramadol are synthetic opioids and are structurally related. They show enhanced therapeutic effects from combining the monoamine reuptake inhibitor and their opioid receptor [3].

The above figure from Practicalpainmanagement shows that both Tapentadol and Tramadol analgesics are phenypropylamines. Even though both pain medications work as opioid receptor agonists, they differ in their binding affinity. In a study of Tapentadol vs. Tramadol, the latter has a binding relationship six thousand times less than morphine. In comparison, the binding factor of Tapentadol is 18 times less than morphine. Thus, distinguishing Tapentadol as a much more efficient analgesic of the two[4].

Both the analgesics showcase resemblances on specific comparative grounds, making it hard for most users to decide.

Guideline for the use of Tramadol & Tapentadol

The ingestion of the analgesics differs as they are available in different dosages and formulations.

A study by Srinivas Kalyanaraman Iye et al. on patients after cardiac surgery demonstrates that Tapentadol is a more potent pain medication than Tramadol [7]. These patients were using both these pain medication dosages for postoperative discomfort.

Source of Figure: Journal of Annals of Cardiac Anaesthesia

Using opioid analgesics with other medicines can induce drug interaction. It can cause unpredicted side effects with diminished or heightened drug action possibilities. Do not take the following medications with opioid drugs without the supervision of a physician.

Tapentadol vs. Tramadol- Which is a safer choice?

Tapentadol is a highly tolerant pain medication making it a safer option. However, improper administration and abuse can result in developing adverse signs in users. Some side effects one may experience from these opioid analgesics are-

Improper intake and overdosing increase the risk of abuse in users. In the Tapentadol vs. Tramadol comparative investigation, both the analgesics show similar potency for addiction. Taking the opioid analgesic with other substances can also elevate the effects of abuse. A person must be able to identify the signs of abuse early to prevent the user from developing an addiction. Signs of abuse of Tapentadol and Tramadol s in users are-

Scientific data on the conversion of Tramadol to Tapentadol

Several studies incorporate the safety guidelines in patients switching from Tramadol to Tapentadol. A survey by H.G. Kress on cancer patients shows people with prior Tramadol therapy can directly switch to Tapentadol, with 70 percent of the patients experiencing improved results. The reasons to discontinue Tramadol in such patients are lack of efficacy and high risk of acquiring dependency.

The evaluation of the opioid pain medication from trusted medical and health sites indicates its effectiveness and user experience. Several reviews on the prestigious website Drugs show the use of Tapentadol in treating diabetic neuropathic pain.

The Tramadol and Tapentadol reviews offer a close insight into these opioid drugs. It also allows people to decide on the suitable analgesic for treating their body pain.

Tapentadol vs. Tramadol- Our final thoughts

In this comparative study of Tapentadol Vs. Tramadol, both the analgesics, portray similar potency in treating body pain. We can conclude by saying Tapentadol is a more tolerant drug than Tramadol, making it a safer choice of opioid medication. Another common comparison of the opioid analgesic is "Carisoprodol vs Tramadol".

The risk of addiction and abuse of Tramadol is comparatively higher. People struggling to make a decision can do so after considering factors such as the person’s health, age, and ongoing medication and treatment. It is best to consult a physician before buying Tapentadol or Tramadol for body pain.